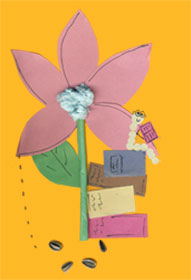 Storytelling Club is an interactive literacy show for pre school children. Specially designed for parents and children to share together, this 45 minute session is full of stories, songs and exciting games all linked to a theme. This show is perfect for nurseries and children’s centres and we can design a special session just for you. It might be on your class theme or a favourite book… anything at all! If you would be interested in finding out more please don’t hesitate to contact us.

Powerhouse have been actively involved in providing storytelling sessions during Electric Theatre Family Festival for the past five years.

the mouse, the hat and the missing cat

Especially commisioned by the Electric Theatre for their Family Festival 2012 this play was the next installment of Tip the Mouse’s adventures. We first met Tip and his friends, Tolly and Claude, in our sell out Christmas show The Mouse In Santa’s House. Full of fun, with songs, heaps of audience participation, laughs galore and a mysery to solve; this show proved very popular and played to packed audiences. What will Tip’s next adventure be? Watch this space… Read reviews.

Thanks to everyone who supported us to help put on the show especially Kristina Benjafield, Robert Dyas, GSA, Rymans and C&H Craft Centre. We couldn’t have done it without you!! 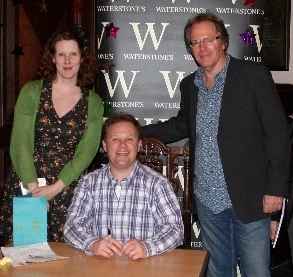 We had the pleasure of supporting the amazing Justin Fletcher at his book promotion in Guildford. We were over the moon to be entertaining the crowds with our stories and songs alongside this CBeebies favourite.

the mouse in santa’s house

The Mouse In Santa’s House was a sell out show especially written for under 7’s. This gentle story followed the adventures of Tip the mouse and featured live music, puppets and lots of audience participation. A lot of fun was had by all!

Busy Bodies was a show specially written by Powerhouse Artistic Director Geoff Lawson for the children’s pop band ‘Funtastic’, the show played to sell out audiences at the Electric Theatre and subsequently at the Leicester Comedy Festival.

the old woman who lived in a shoe

The Old Woman Who Lived in a Shoe was a fun ecology show aimed at Key Stage 2 children that was endorsed by many groups including Fairtrade, Food For Thought, Guildford Parks and Countryside and Guildford Climate Change Unit.