Privacy Policy
Powerhouse are committed to having an active presence in the community and we’re considered a valuable resource for many groups and organisations. We were proud to receive a special Lord Mayors Award For Services To The Community in 2010.

The following are a list of partners we’ve worked with in the community.

We are delighted to have been invited to join in down at The Mad Club – Guildford’s drop in group for adults with learning difficulties. We run workshop sessions using music and drama games as a stimulus for joining in and having fun.

A six week project working with young people with physical and learning disabilities, using drama and music as a stimulus to develop a circus context to accommodate ideas that culminated in a performance for parents and carers. 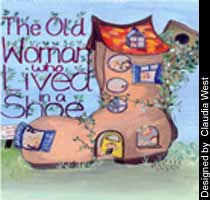 Powerhouse have worked on the FISH and CHIPS play schemes over the last few years, running drama workshops for some of the borough’s poorer children, our last workshops were in Easter holidays and we’re scheduled to do more in July and August.

Powerhouse worked with these organisations on the show ‘The Old Woman Who Lived in a Shoe’. The show looked at sustainability, climate and environmental damage, through a fun accesible show for 7 to 11 year old (Key stage 2) children.

Powerhouse have been working on a drama project with homeless people to help improve confidence, social skills, using drama to encourage creativity and social interacton.

After a series of drama workshops we took the project to a whole new level and devised a piece of theatre called ‘Beneath The Night Sky’ which was shown at the Electric Theatre in Guildford.

We were overwhelmed with the positive response and for the third leg we became even more ambitious! The next production was our biggest and best yet! Produced in association with The Spike we facilitated a group of homeless people to research, devise and develop a site specific, interactive play which took its audience from the harsh realities of vagrancy in the Victorian times to the modern day experience and asked the question… has it really changed all that much?

Our Daily Bed has had a huge impact on all those who took part. Please have a look at the feedback from the project here.

We have been so lucky to get a lot of community support for this ongoing project and must thank: Richard at Cotswold Camping, John Redpath, David Masquerade and everyone at The Spike, Su Kelland and Host, Debbie Hayter and all at Guildford Action, Rui Fradinho, Anna Tabush, Kristina Benjafield and everyone at the Electric Theatre, Guildford.

Evolving doors was the latest project, in our continuing work with homeless people in conjunction with Guildford Action.
Regular sessions of devising and workshoping ideas, were formulated and a final performance took place at The Spike. It was great to see everyone rise to the occasion and all deserved praise for their bravery in expressing deep rooted emotions and anxieties with such commitment. We were helped enormously with this project, by second year drama students from Kingston University, Shauna, Amber and Charlotte, who showed real dedication and their warmth and compassion was much appreciated. We’ve shown once again the power of drama as a tool for channeling ideas, expressing emotion and confronting fears. Read more about this project in TG2 Surrey.
We all hope this valuable work can continue and look forward to hopefully working on another project in 2014.

Powerhouse facilitated a one day directing workshop for budding young directors.The session was lead by Powerhouse Artistic Director Geoff Lawson with two regular professional actors Mike Swaine and Abigail Halley whose presence offered an invaluable experience for the participants as they were given the oppportunity to direct professionals for the first time. Surrey arts also invited Powerhouse to perform at the Loseley Festival (see ‘Site Specific’) section. At Surrey Arts request Powerhouse have also run a practical workshop for ‘The Drama Teachers Network’.